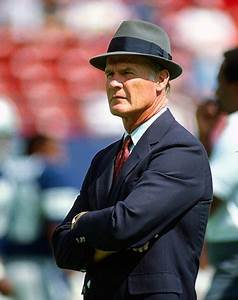 I coach leadership teams, and I confess that early in my career, asking me if you needed a coach was like asking a doctor if you needed surgery. The answer was always a resounding “yes.” But that was the wrong answer—coaching is ineffective, perhaps even harmful for some teams. For others, though, it’s the ticket that unlocks incredible growth and prosperity. In my work helping leadership teams implement the Entrepreneurial Operating System®, I’ve seen team after team increase the rate and profitability of their growth, surround themselves with people they love working with, and gain more personal freedom, all at the same time.

So how do you know if coaching is a fit for your team? These three questions might help (they’re written in the context of a leadership team, but the same principles apply to any personal endeavor).

If you answered “yes” to those three questions, you should consider hiring a coach. But I know what you’re thinking: “If we have the capability, commitment, and courage to be great, shouldn’t we be able to do it ourselves, instead of spending money on a coach?” You might, but that’s wrong question. Capability, commitment, and courage add up to big potential, and when you have big potential, you should be asking two other questions: How do I maximize my upside? And how fast can I get there? You see, leaving even a tiny fraction of your huge potential on the table would be a big miss, and every additional day it takes you to get there is very costly. The money you “save” by doing it yourself could cost you many times that amount in the long run.

Think about it like this: A middle age guy that jogs a few times a week and decides to run a 10k doesn’t need a coach. He can read a book or get a plan off the internet and easily do it himself. On the other hand, a high school cross country athlete that has the potential to get a college scholarship and possibly qualify for the Olympics needs a coach. She could probably manage her own training and get 90% of the way there herself, but that last 10% is the difference between winning and losing—the stakes are too high for her to go it alone.

Which athlete is your business?