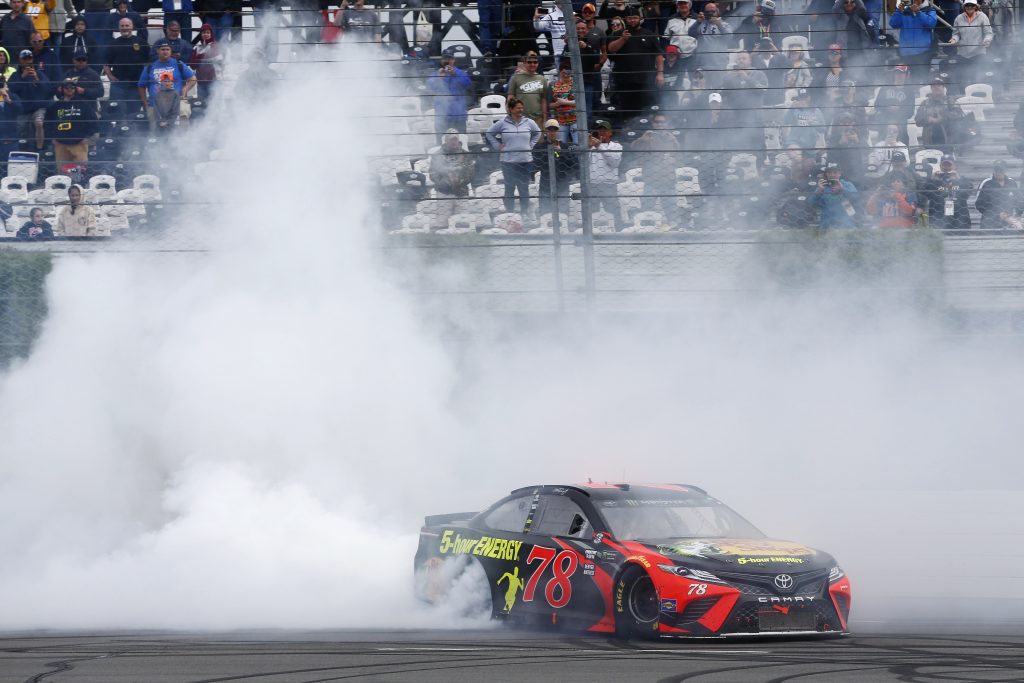 I like racing, any kind of racing. If the goal’s to get there first, I’m in.  I’m also a bit of a redneck, so it’s no surprise that I’m a big NASCAR fan. Yes, for the last 25 years I’ve spent Sunday afternoons in a weird trance watching people go fast and turn left. I like the noise, I like it when people throw helmets and get in fights, and I like a good “bump and run” to win the race.

What I don’t like is the state of NASCAR as a business. Last week the #78 Furniture Row Racing team announced they would not be competing in 2019 for financial reasons. Teams and sponsors come and go, but the 78 team won the championship last year and is one of three teams best positioned to win this year. When the dominant team in the sport can’t raise enough sponsor money to break even, you might have a problem! And race attendance has been plummeting. Bristol Motor Speedway has 162,000 seats, and I remember when the wait list was 8 races long, the equivalent of 1.3 million pre-sold tickets. The most recent Bristol race had 48,000 in attendance leaving 114,000 empty seats.

You might not care about NASCAR, but there’s a point here that’s relevant to your business: One of the main reasons NASCAR is in a freefall right now is they lacked the courage to stay uniquely appealing to their target market. And if you’re not careful, the same could happen to you.

If we look back to the time when NASCAR had the most upward momentum, there were three things that made the sport stand out:

Those Three Uniques ™ as we call them in the Entrepreneurial Operating System ™ created a brand that Southerners loved at a level up there with college football. But it wasn’t just Southerners – people outside the South saw the brand as novel, unique, and entertaining, and droves of them became fans also. And what did NASCAR do when they saw this surge of popularity across the country? They made the mistake of casting the proverbial “wide net” to capture all that interest. They moved races from traditional southern tracks to new tracks in other parts of the country and changed their marketing message to appeal to a broader audience.

And those changes worked… briefly, but it wasn’t long until the downhill slide began. Why? Because they killed their three uniques:

NASCAR was once the fastest growing sport in the nation and commanded the most sponsorship dollars of any professional league. Now they’re just another sport fighting off new entrants and trying to adapt to media convergence, and that’s a near impossible task without a strong brand.

Do you have the courage to go all-in on the things that make you unique? The stakes are high.