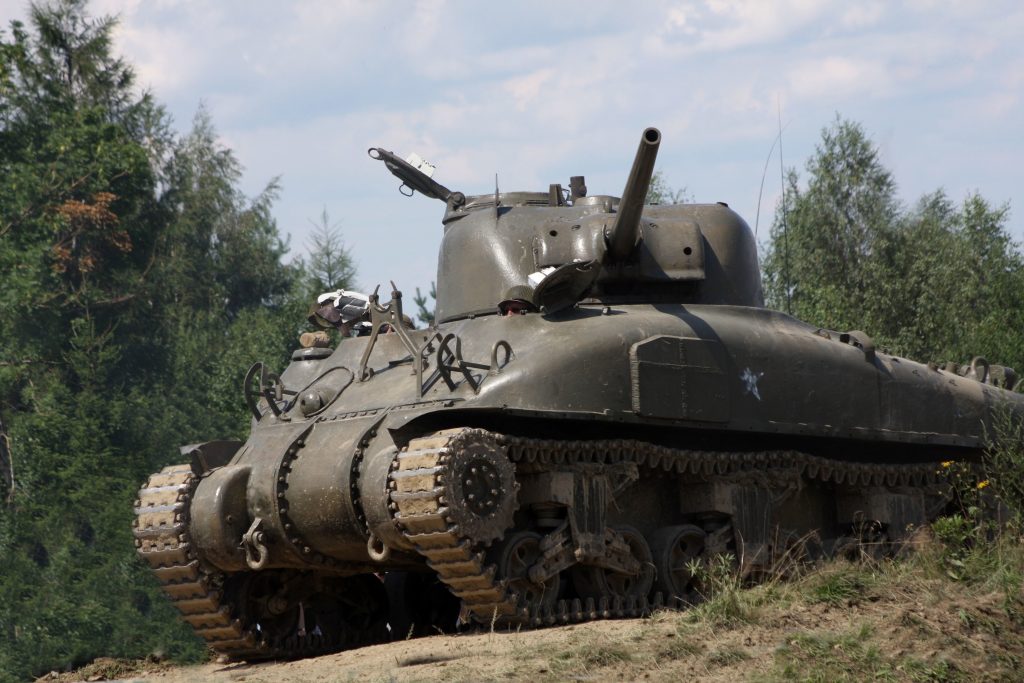 In August of 1916, British Army Major JFC Fuller sat behind the Western front of World War I. On one side, he heard the sounds of battle; a battle that was at a stalemate, because barbed wire, ditches, and rifles had rendered horse-mounted cavalry useless. On the other side he heard, and then saw, a prototype of an armored combat vehicle, what we now call a “tank”. Fuller, a brilliant military strategist, immediately began planning how the British could use tanks to win the war.

His strategies came to life in November of 1917 at the battle of Cambrai, where the British tanks easily plowed through barbed wire and ditches and made their way toward the German command post a few miles behind the front. With a gap opened in the battle lines and the German troops in chaos, the Brits did the unthinkable: they pulled the tanks aside and waited for the cavalry to “exploit their advantage”. While they waited, the Germans regrouped and fought them off. The battle was lost, and tank warfare was deemed ineffective by the British high command. In the years that followed, Fuller tried repeatedly to sell his superiors on the advantages of tanks and other new technologies, but they were too committed to their horses to listen.

How could the British Army cast aside a disruptive technology like tanks in favor of horse-mounted cavalry? Or why does Xerox, the inventor of the modern personal computer, still make copiers? Or why was Kodak put out of business by the digital camera technology it invented? The answer is that their systems – the combination of structures, processes, and disciplines that deliver an organization’s products and services – did not adapt to support their innovation. In fact, they were so enamored with their systems that they forgot that systems exist to support an organization’s vision, not the other way around. When they had the opportunity to disrupt their market, they were unwilling to make the systemic changes required, so they crushed the innovation, only to have a competitor pick it up and use it against them.

In my work with entrepreneurs, I see this tension every day: “Do we want systems that are disciplined and efficient or systems that adapt quickly when direction changes?” The answer is “yes”, you have to have both. And you can get both if you focus not on the systems themselves but on strengthening your entire organization with EOS®. We call it strengthening the Six Key Components™: Vision, People, Data, Issues, Process, and Traction. Everything starts with a clear, simple vision and a team of people that are totally bought into that vision. From there, the disciplines of using data to measure performance, solving issues, implementing scalable processes, and setting and achieving goals (gaining “traction”) are built to support the Vision. That organization is highly disciplined and able to adapt at a moment’s notice when innovation calls.

If you’re an entrepreneur and you want to be great, I have news for you: You’re already great, you just need a strong organization around you, so all that greatness can come through. That’s the kind of organization we build with EOS, so if you’re up for being your best, give me a call and we’ll start down that path.